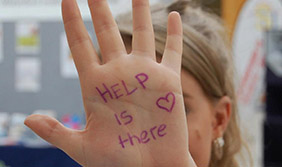 Eating disorders are complex psychological disorders that affect every aspect of a person’s functioning.
All 4 aspects interact and influence each other in various ways at any time, and this is why it is not only difficult for those on the outside to understand this complex disorder, but it is also very difficult for the person themselves to be able to understand why they are feeling compelled to do what they are doing.

Essentially, it is very helpful to think of an eating disorder a destructive coping mechanism a person has found that, in some way, helps them to feel better able to cope day-to-day.

How does ‘normal’ disordered eating differ from an eating disorder?

We all engage in disordered eating to varying degrees. None of us eating the same way each day – how we feel does influence how we feed ourselves. But, where a person crosses over from ‘normal’ disordered eating into an ‘eating disorder’, is where compulsion comes into play.

When a person feels compelled to – that they have no choice, they feel they must – engage in disordered eating disorders e.g. restricting, bingeing, purging, over-exercising, or they will feel out of control, panicky, anxious, they fear not doing it – this is in the realm of an eating disorder, rather than just normal disordered eating. A person may have an eating disorder when their anxiety levels bring about the compulsion to eat in a certain way, where they are driven by a fear of gaining weight or feel out of control if they don’t do ‘it’.

Key ideas to keep in mind