These guidelines are intended as a reference for those in the media who have any involvement with how stories on eating disorders are reported and represented. The full media pack, a summary of which can be found below, can be downloaded here.

Media stories which are sensitive and accurate, and which avoid sensationalising the issue, can contribute significantly to an increased public understanding of eating disorders, and can encourage those affected to seek support at an early stage.

All direct media queries should be directed to our Communications Officer. 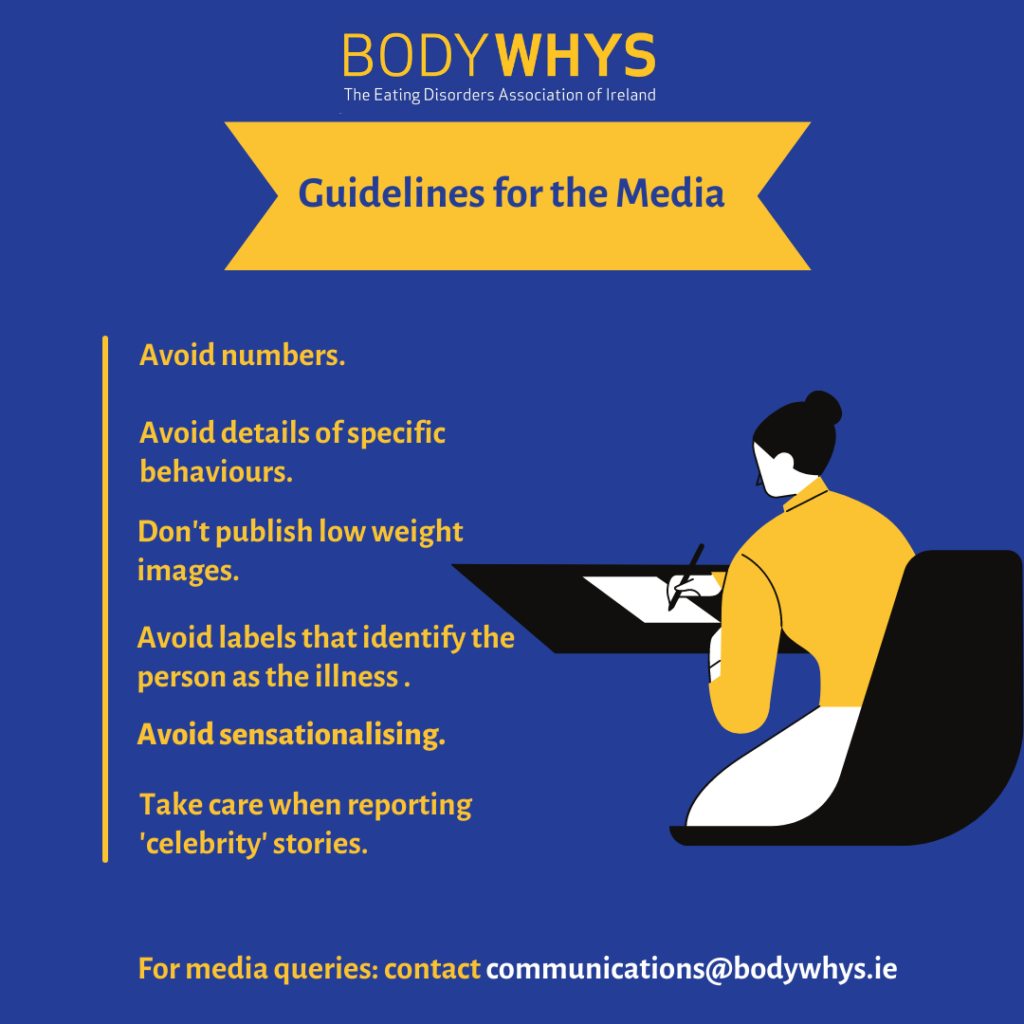 Providing specific details of behaviours engaged in by any one individual can serve to isolate others affected by eating disorders by suggesting that their experience is less valid. These details may also inadvertently provide readers with new ideas as to how, for example, they might restrict their own food intake.

Details of behaviours around food in particular can mistakenly place the focus for discussion of eating disorders on the area of food as opposed to dealing with the more significant issue of the complex emotional issues that lie at the root of the eating disorder.

While we appreciate the need to draw readers to a story, the use of scare tactics and sensational headlines in the discussion of eating disorders is unhelpful, as it creates an atmosphere of fear around the long term health implications, while at the same time trivialising the experiences of those affected by eating disorders.

Eating disorders are real life issues that affect real people. Stories relating to celebrities can be associated with a sense of unreality and seldom help to establish a real connection with the average person’s experience of an eating disorder.

If it is intended to use celebrity stories, it is important to put these into perspective. It is also important to be aware of the dangers of sensationalising and glamorising eating disorders through the use of such stories.

Furthermore, celebrity culture is by its nature superficial and excessively centred upon appearance. For this reason any association between eating disorders and celebrities needs very careful thought and consideration if it is to avoid oversimplifying what are in fact extremely deep rooted and complex disorders.

While the intent may be otherwise, it is unhelpful to include images of a person at a very low weight to illustrate an article about eating disorders.

The images can also reinforce the stereotype of eating disorders as necessarily involving weight loss – this can alienate those affected by bulimia nervosa and binge eating disorder, making it more difficult for them to seek help.

As an alternative to these images, there are a variety of images available online illustrating the mindset of a person affected by an eating disorder, and the disparity between a person’s sense of themselves and the reality. We would encourage the use of these images as a further means of educating readers about the reality of eating disorders.

We welcome the increased attention being given to the growth of pro-anorexia websites in recent years. It is important that the public, and in particular parents, be aware of the dangers that exist in the online world.

These practices serve to increase the fear of those who may be concerned about a loved one accessing these websites, and at the same time broadcasts the negative messages of these sites to an audience who may not otherwise have accessed them. 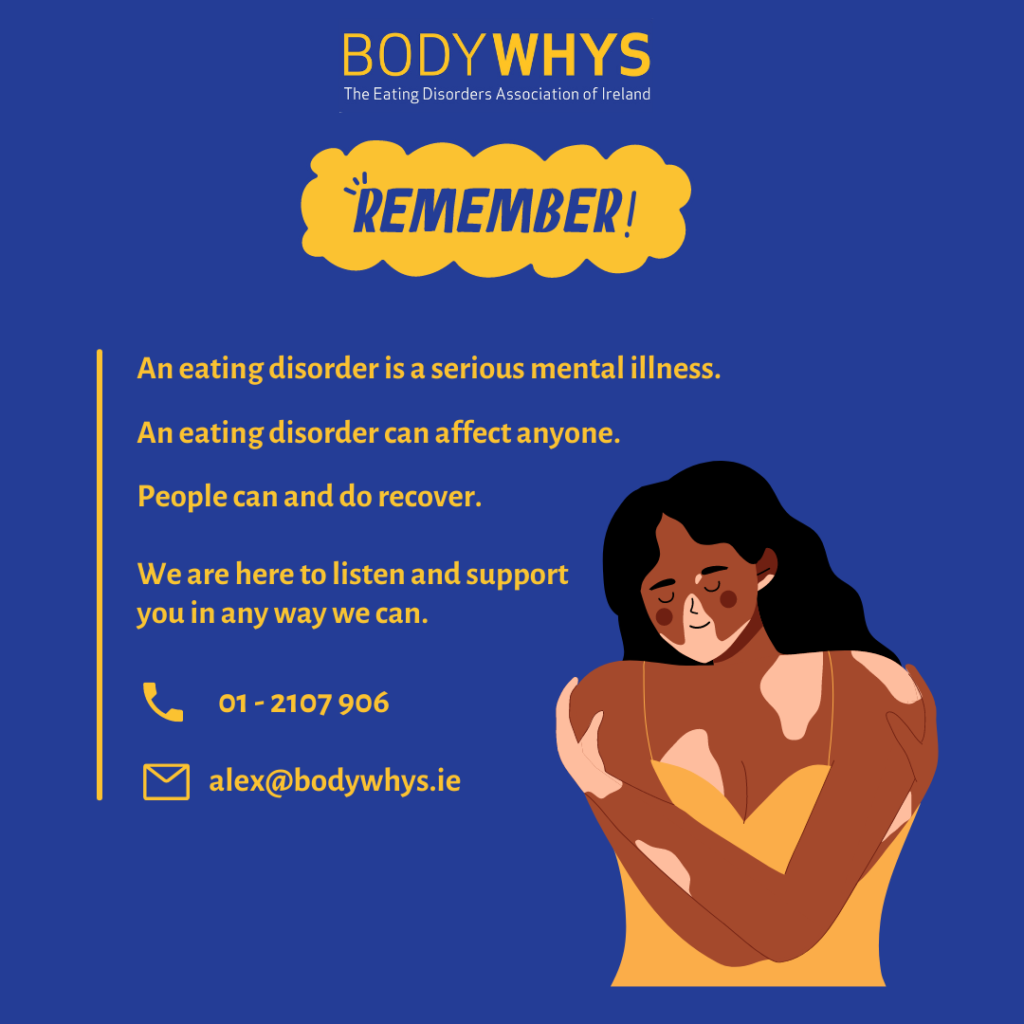 Where appropriate, it is best practice to publish details of relevant support services when dealing with sensitive issues which may have an impact on your audience. Bodywhys would ask that readers be directed to our Eating Disorders Helpline (01-2107906), and our website, www.bodywhys.ie